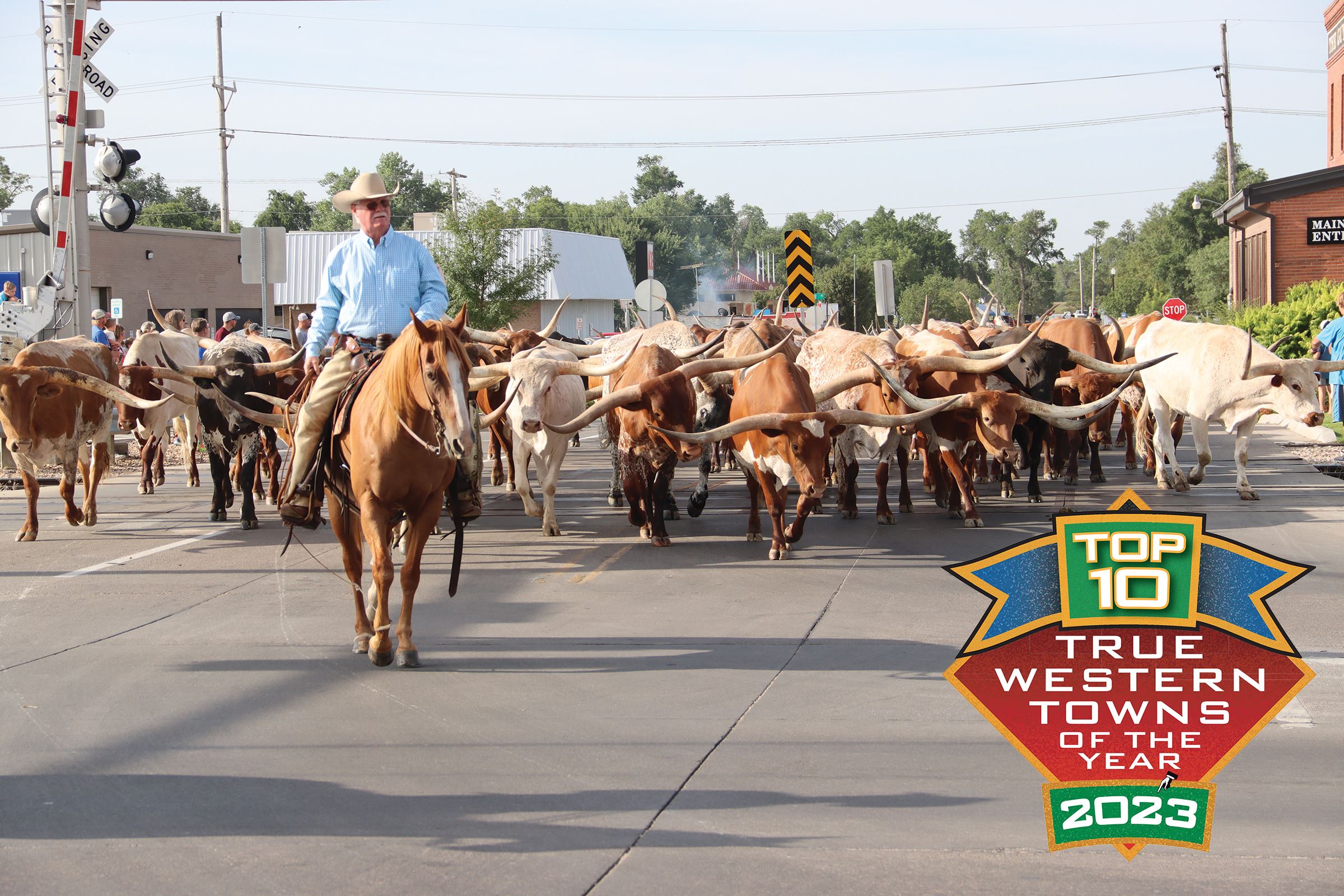 Dodge City stands as an icon of the American west. It has been called home by some of the most legendary lawmen and outlaws. That pedigree resulted in one the most beloved western television programs in history, Gunsmoke, being set in Dodge City. That remarkable history has been kept alive, giving visitors a glimpse of what life was really like in the West. That is one of the reasons Dodge City is honored as #5 among True West Magazine’s 2023 Top Western Towns.

“Our industry partners create unforgettable experiences that connect visitors to our history,” said Megan Welsh, director of the Dodge City Convention and Visitors Bureau. “Whether honoring real legends of the west like Wyatt Earp and Bat Masterson or the imaginary heroes of Gunsmoke their efforts to celebrate our heritage draws thousands of visitors to Dodge City every year.”

The criteria used by the editors of True West Magazine in making their selection of honorees include preservation of its history through old buildings, museums, and other institutions, events, and promotion of historic resources.

“Dodge City is one of the great names in Old West history—and one that lives even today,” says True West Executive Editor Bob Boze Bell.   “The local residents have done an amazing job in preserving this history and presenting it to the world. There’s no question: Dodge City is a Top True Western Town.”

Dodge City and other honorees will be featured in the February/March 2023 issue of True West available on February 14, 2023. This issue marks the 18th year True West has presented this annual award.

Ever since we earned the moniker "Wickedest Little City in the West" Dodge City has known how to make headlines. Check out some of the fabulous stories about our historic town! 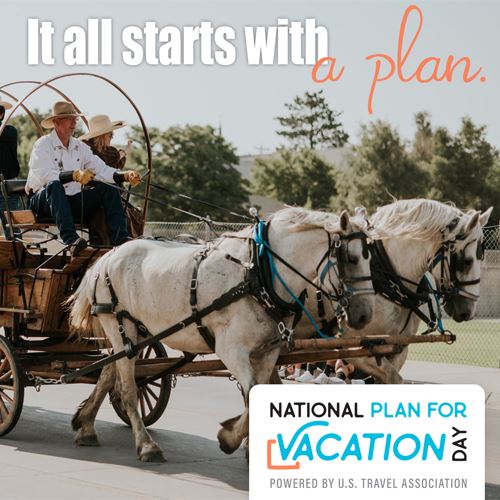 On January 31, 2023, the Dodge City Convention and Visitors Bureau (CVB) will be holding a drawing to celebrate National Plan for Vacation Day (NPVD), where one lucky winner will receive a night's stay for two in Dodge City. The winner will also receive tickets for area attractions and a Dodge City welcome basket. 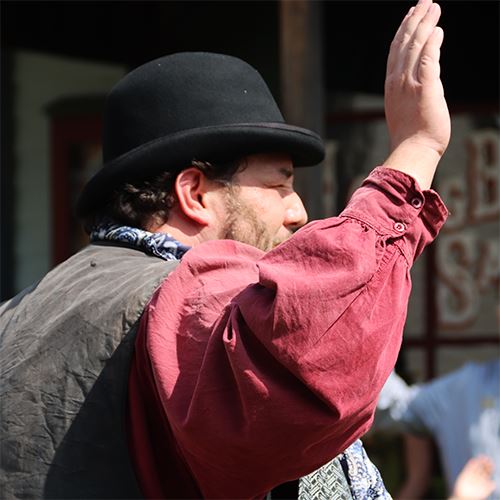 Planning Your Vacation to Dodge City

If you're planning a vacation to Dodge City, Kansas, you're in for an experience you won't soon forget! This historic town, once known as the "Cowboy Capital of the World," offers a unique blend of Old West charm and modern amenities. 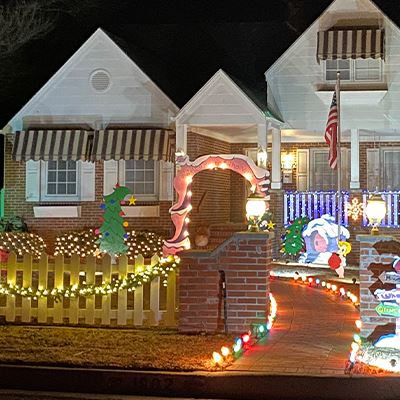 The sixth annual Light Up Dodge City Holiday Lights Contest ended on Tuesday night, with judges selecting Jared Stevens, 1902 La Mesa. as the first-place winner. The contest, hosted by the Dodge City Convention and Visitors Bureau (CVB), the Dodge City Area Chamber of Commerce, and the Dodge City Daily Globe, is a popular holiday tradition that rewards homeowners for their creativity and originality in holiday decorations. 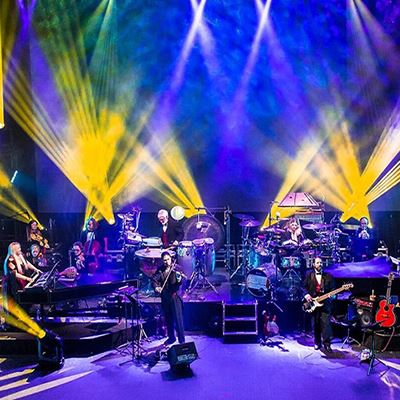 9 Things to Do During Christmas in Dodge City

Dodge City’s community art walk, Final Friday, moves to the first Friday in December (Dec. 2) and becomes Frosty Friday. Patrons can expect the same inspiring art, refreshments, and sales, with most having a holiday twist. 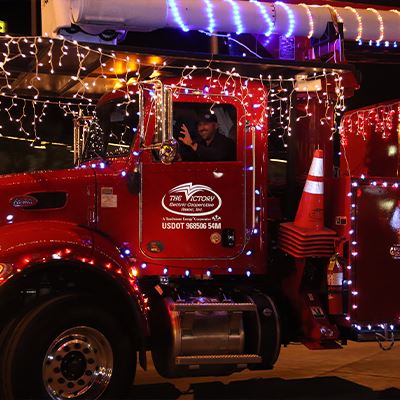 Christmas in Dodge City Kicks Off with the Parade of Lights

The air was buzzing with excitement when hundreds of people gathered in downtown Dodge City for the annual Parade of Lights and Chili Cook Off on Monday, Nov. 28. This year’s festivities included chili sampling and cinnamon rolls, hot chocolate from the Salvation Army, Main Street Dodge City’s Santa House, the Q97 Snowball Drop, prize giveaways, performances from the DCHS Madrigals, the lighting of the Mayor’s Christmas Tree, and concluded with the Parade of Lights. 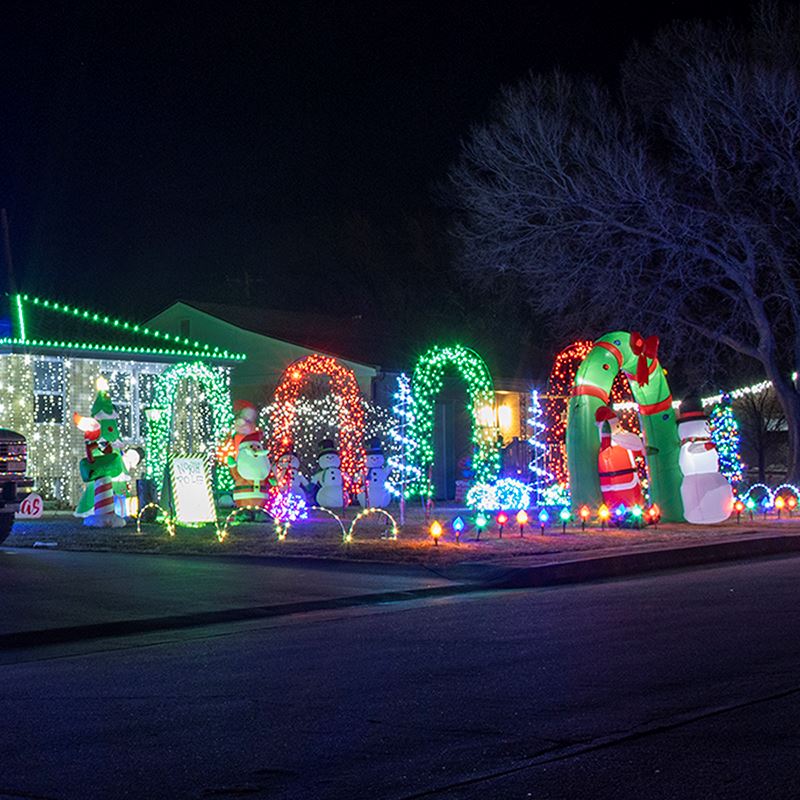 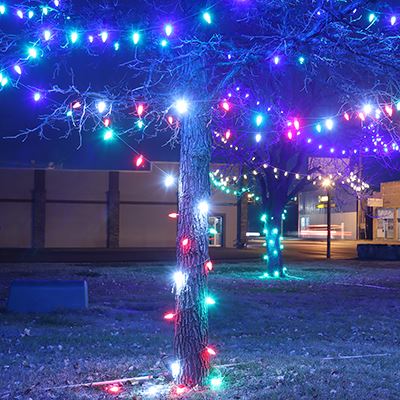 Lighting Wright Park for the Holidays

Every year businesses, organizations, and individuals turn Dodge City’s Wright Park into a feast for the eyes when they decorate trees throughout the park. Registration for the annual Light Up Wright Park event has already begun, and participants have until November 20 to claim their tree. The tree deemed best decorated will earn the winner $100 in Chamber Bucks. 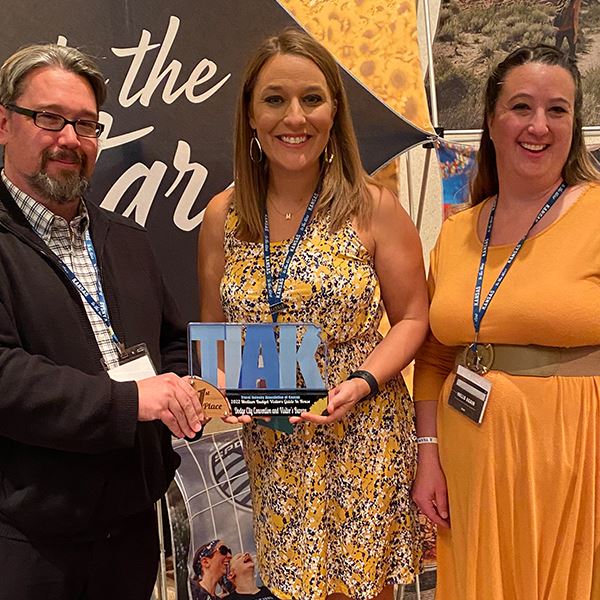