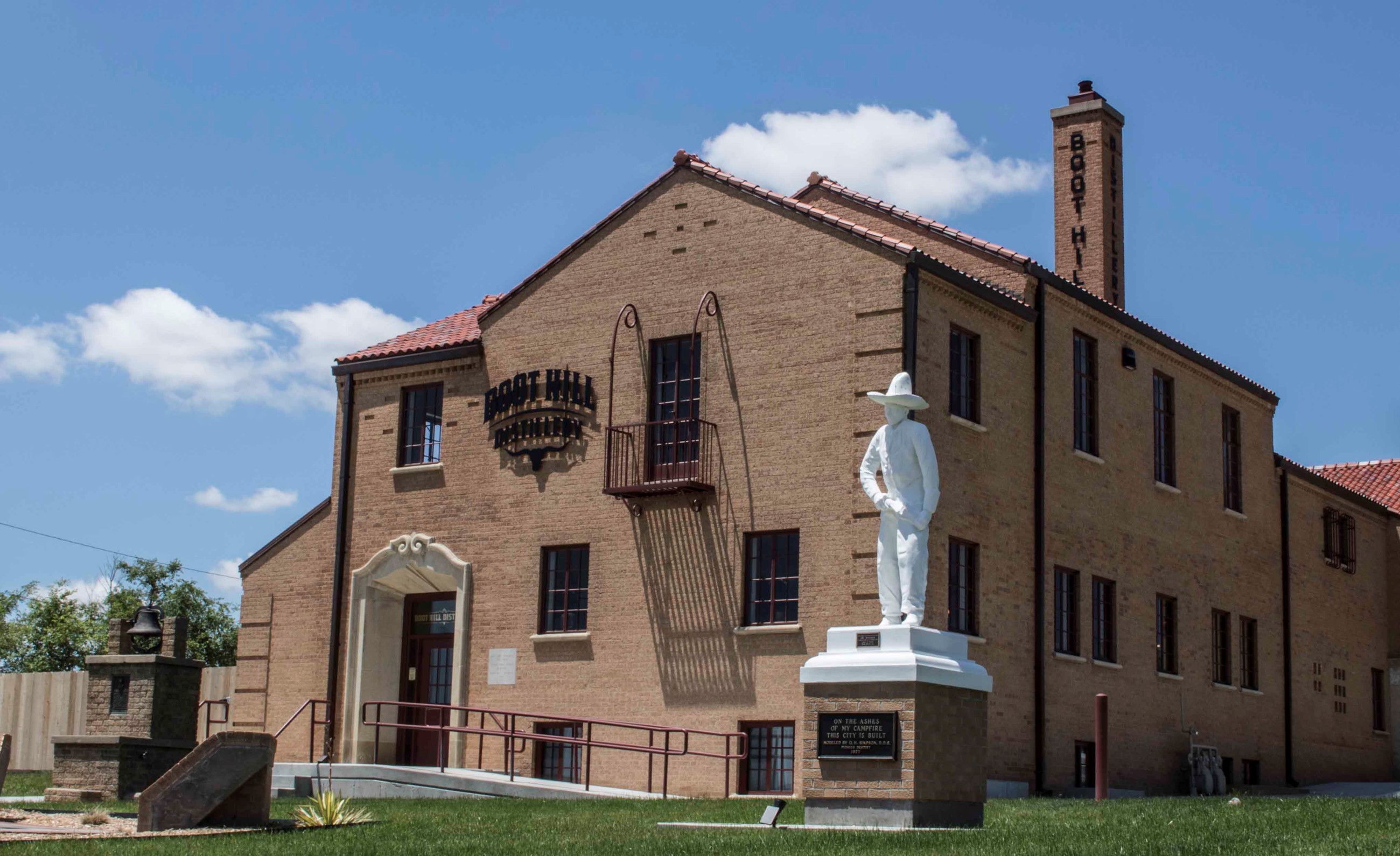 The Dodge City Convention & Visitors Bureau is a one-stop shop for anyone wanting information about Dodge City, Kansas. Here are several reasons to visit Dodge City.

Over the years, Dodge City, Kansas has been synonymous with well-known names such as Bat Masterson, Wyatt Earp, and Doc Holliday.

These popular names of the city often evoke vivid images of cowboys carrying guns along the boardwalks, and visitors will definitely experience this western aura as they walk down the streets.

Explore The City On The Trolley

The built-in tour guide will get guests to the destination safely while presenting useful informational tidbits and colorful tales on the journey. By the end of the excursion, guests are sure to have a thorough understanding of the Dodge City history.

When most people think of Dodge City, Boot Hill is one of the most prominent places that comes to mind. Many people have even watched shows on television that featured this notable location. During the visit, guests will want to hike up Boot Hill to view the original location of the cemetery and see the amazing historical displays. The Boot Hill Museum is connected to the cemetery and is known for an extensive selection of artifacts and memorabilia from many years ago.

Boot Hill Distillery is a historical place that is actually located on the site of the original cemetery. It is the only craft distilleries in the city and the company strives to produce small batches of products to optimize productivity.

If visitors stop at this historical landmark, they'll get to taste some of their products. As one visitor remarked, Boot Hill Distillery is a great place for those who would like to experience life's finer things.

Every beer lover who visits the area will enjoy going to Dodge City Brewing Company, which is a brewery that is proud to be the first of its kind in Southwest Kansas. The primary mission of the brewery is to produce award-winning beer to a wide variety of people.

The brewery has served an extensive array of brews, many of which include breweries from other cities in Kansas. The company even offers specialty pizza pies that pair quite nicely with the brews.

If visitors are into a variety of beers and tasty pizza, Dodge City Brewing Company is the place to be.

Speaking of food, many of the restaurants of Dodge City are also known for serving up some delicious meals. There are several dining options in the city, so visitors are sure to find a scrumptious meal somewhere.

Since the city contains a few major stockyards, one of the highlights of almost every restaurants' menu is beef, but of course, there are other meal options available too.

Casey Cowtown Club is a great option as it provides a tour of the restaurant and history lesson with every meal.

For great Mexican food, there is no better place than Tacos Jalisco. If visitors are in the mood for a good burger, they should definitely check out Kate's.

Coffee lovers can't visit Dodge City without partaking in a jolt of caffeine that can be found at many coffee joints.

Red Beard Coffee is a place that coffee lovers must try. The company is frequently praised for offering Blip Coffee, which is a fantastic brand of coffee that most Kansas City natives will recognize.

One of many great times to visit Dodge City is during one of the local events.

Dodge City Days is a yearly event that begins at the end of July. The ten-day event is truly worth attending because it celebrates the city's unique western heritage. Dodge City Days is so popular among visitors and residents that it's actually the second largest community festival of the year.

The Dodge City Parade is also a fun event that visitors won't want to miss. There is so much city pride in the parade that everyone can't help but have a fun time.

When visitors come to Dodge City during Dodge City Days, they can expect to be welcomed by big entertainment. In the past, several big-name stars have really impressed the locals and residents.

There is also the opportunity to be a concert attendee at United Wireless Arena. One big name star who has entertained guests at this arena is Justin Moore. On the night of Justin Moore's performance, he drew in hundreds and hundreds of people who love country music. With a guitar by his side, Justin moved the attendees to sing along to several famous tunes.

Dance at a Saloon

Due to the city's western roots, visitors will spot a few saloons during their trip. One such spot is Long Branch Saloon. Visitors are guaranteed to have a fantastic time at our authentic saloons.

At the Long Branch Saloon, there will be toe-tapping, knee-slapping, and lots of laughing by the guests and a cherry group of performers. To keep things interesting, the performers even engage with the audience and encourage some of the guests to participate in the fun right on the stage.

One thing's for sure: A night at Long Branch Saloon will be an experience that most people will remember.

There are many different attractions in Dodge City that visitors should include in their must-see list.

Kansas Teachers' Hall of Fame honors the state's most inspirational teachers. This attraction is located on the Gunfighters Wax Museum's main floor.

Over the years, Dodge City, Kansas has been synonymous with well-known names such as Bat Masterson, Wyatt Earp, and Doc Holliday.

These popular names of the city often evoke vivid images of cowboys carrying guns along the boardwalks, and visitors will definitely experience this western aura as they walk down the streets.