Dodge City has a long association with motorcycles and biking culture. In part this is due to the excellent biking terrain and conditions in and around Dodge. The presence of Harley Davidson in the city also undoubtedly contributes to its popularity with bikers. However, there can be little doubt that the cultural history and reputation of Dodge City also holds a certain appeal for motorcyclists. The motorcycle has a definite culture associated with it – one of rebellion, independence, and the freedom of the open road. Dodge City’s own rather lawless past as an Old West frontier town seems to embody much of what modern bike culture harks back to. Once the stronghold of hard men like Wyatt Earp, gunslingers like Doc Holliday, and outlaws like John Webb, Dodge City is the spiritual heartland of any devotee of the Old West and what it represents. The essence of rebellion and freedom still imbues the city today – and, just as it once drew lone horsemen with guns at their hips, today it draws bikers like a magnet.

The trails through Dodge and the surrounding area are incredibly tempting for bikers. Not for nothing is the Dodge 300 held here – the landscape and town lends itself to motorcycling like no other. The first Dodge 300 was held 100 years ago, in 1914, and was won by Gleen ‘Sliver’s Boyd on an 8 valve Indian. Harley Davidson, however, held a long winning streak following this first victory – perhaps because the flat, straight High Plains roads lend themselves incredibly well to the iconic Harley design. Route 400, east of Dodge, may provide the best of these bike-perfect paths, but there are plenty of options to choose from. You could head out on Route 238, turning off at Minneola and proceeding to Meade, where the infamous Dalton Gang had their hideout. Alternatively, you could ride Highway 50 out to Garden City, home of the world’s largest swimming pool – or simply spend the day enjoying the blue-skies and freedoms inherent in the roads of the Kansas plains. Highways 283, 96, and 23 will all lead you out into open roads, where you will be ‘lucky’ to meet even two cars during your entire ride. The visibility is excellent – the flat plains stretch out in front of the eye for miles and miles. Furthermore, these Western Kansas sunsets are utterly spectacular.

Of course, despite the tempting freedoms presented by Kansas’s wide open roads, it is important to maintain a level of safety – not just for yourself, but for the other bikers you may endanger with reckless behavior! The state of Kansas recommends that all motorcyclists attain a level of competency in the handling of their bike and have the ‘M’ endorsement on their drivers’ license. Bikers should also have their machine insured in case of accidents, and make sure not to drive drunk. It’s also a good idea to ride the lanes strategically in order to be as visible as possible to cars and other enclosed vehicles. All of which, most bikers agree, is eminently sensible. After these provisos, however, motorcyclists will find Kansas a relatively easygoing state, allowing motorcyclists a good deal of freedom.

Should your bike break down, Dodge City is home to ample mechanics and bike shops which will be able to help – but it is to be hoped that your time biking the highways and byways of Dodge City will present you with no such problems. Should you wish for a day out of the saddle, the city itself provides plenty of diversions in the way of museums – the Boot Hill Museum, for example, has a great range of Old West related exhibits – and other points of interest. There is a zoo, and a casino – or you could walk the Trail of Fame to learn a bit about the local history. If you’re feeling theatrical, you could even make a day trip out to Liberal, where Dorothy’s House from the Wizard of Oz (along with many other artifacts from the famous movie set) can be found. Of course, there are also a good many restaurants and bars in Dodge in which to refresh yourself, and the locals are as friendly and helpful as you would expect from Kansas. 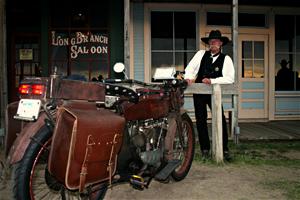 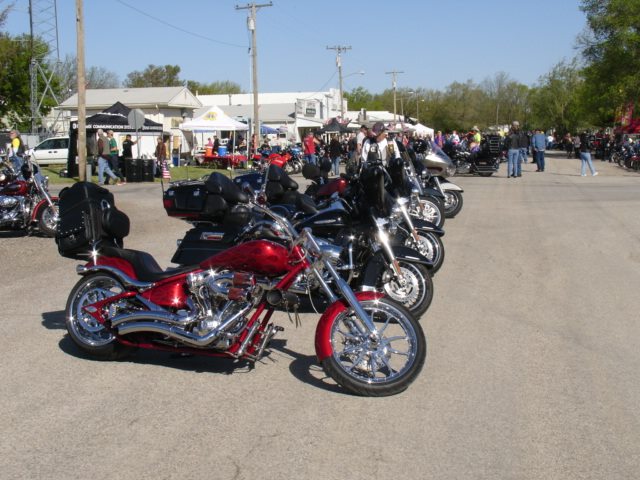