In 1913, a group of local civic leaders under the auspices of the Dodge City Commercial Club came together to construct a two-mile dirt oval race track. They did this to entertain a group of touring motorcyclists who assembled in Hutchinson, Kansas on July 14, 1913 before embarking on their overland journey to Denver, Colorado to attend the annual national convention of the Federation of American Motorcyclists (F.A.M. now known as the American Motorcyclists Association). The racetrack was hurriedly constructed and completed Tuesday, July 15th. 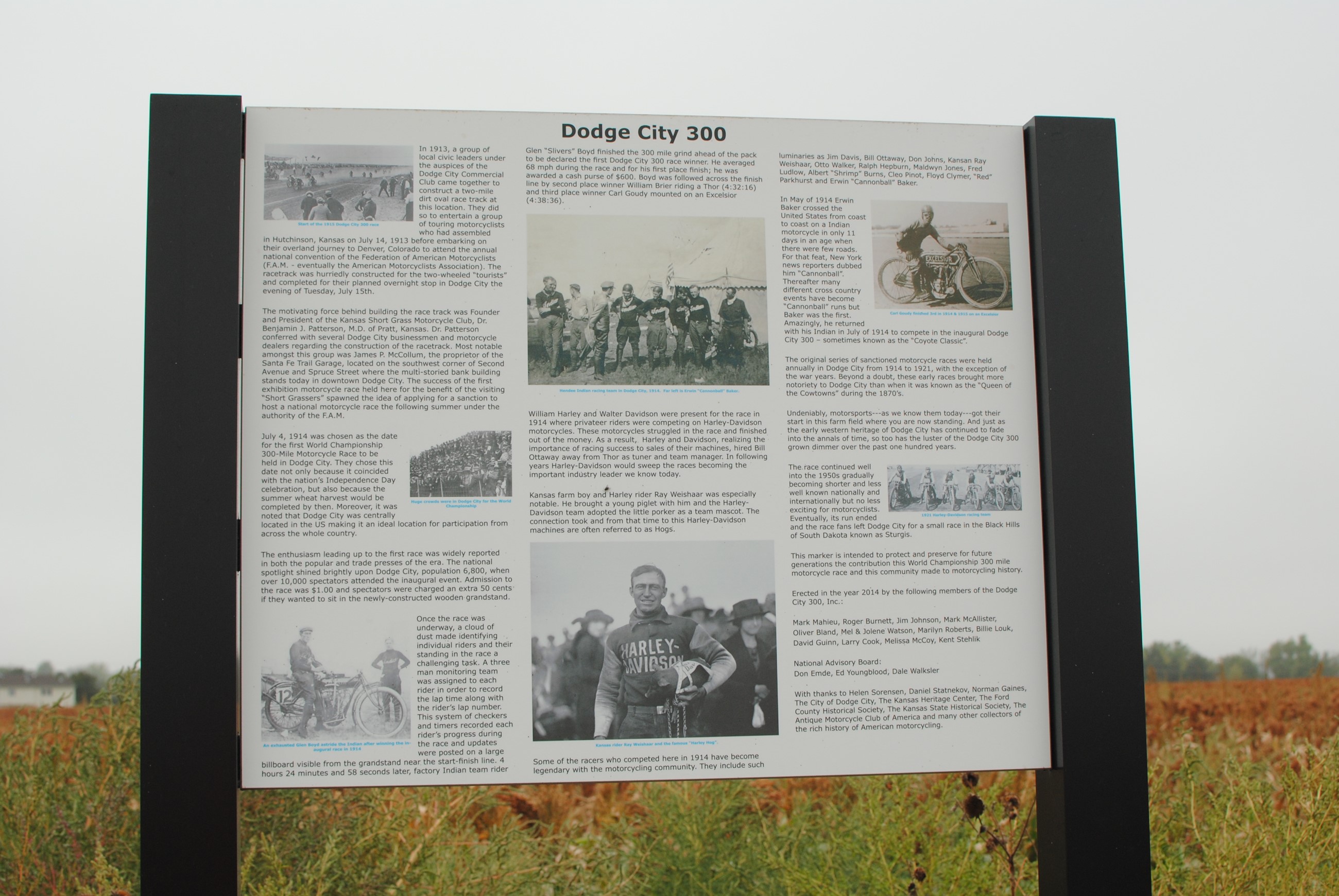 The success of the first exhibition motorcycle race held in Dodge City spawned the idea of applying for a sanction to host a national motorcycle race the following summer under the authority of the F.A.M.

July 4, 1914 was chosen as the date for the first World Championship 300-Mile Motorcycle Race to be held in Dodge City. This date was chosen not only because it coincided with the nation's Independence Day celebration, but also because summer wheat harvest would be complete by then. Moreover, it was noted that Dodge City was centrally located in the US making it an ideal location for participation from across the whole country. 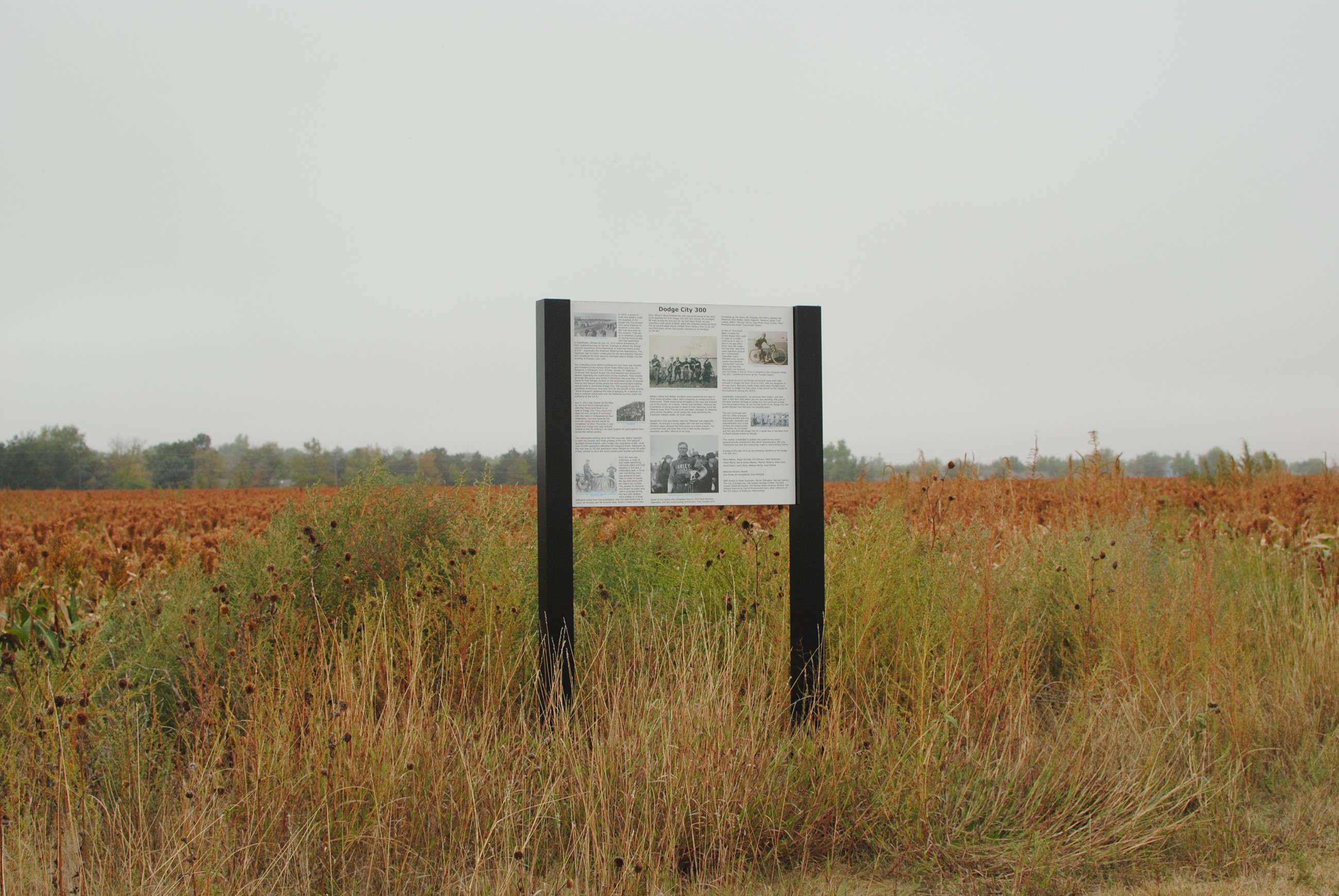 Admissions to the race was $1.00 and spectators were charged an extra 50 cents if they wanted to sit in the newly-constructed wooden grandstands. Once the race was underway, a cloud of dust made identifying individual riders and their standing in the race challenging. Four hours twenty-four minutes and fifty-eight seconds later, factory Indian team rider Glen "Slivers" Boyd finished the 300-mile grind ahead of the pack to be declared the first Dodge City 300 racer winner. Boyd was followed across the finish line by second-place winner William Brier riding a Thor and third place winner Carl Goudy mounted on an Excelsior.

William Harley and Walter Davidson were present for the race where privateer riders were competing on Harley-Davidson motorcycles. These motorcycles struggled in the race and finished out of the money. As a result, Harley and Davidson, realizing the importance of racing success to sale their machines, hired Bill Ottaway from Thor as tuner and team manager. In the following years Harley-Davidson would sweep the races becoming the important industry leader we know today.

Kansas farm boy and Harley rider Ray Weishaar was especially notable. He brought a young piglet with him and the Harley-Davidson team adopted the little porker as a team mascot. The connection took and from that time to this Harley-Davidson machines are often referred to as "Hogs". 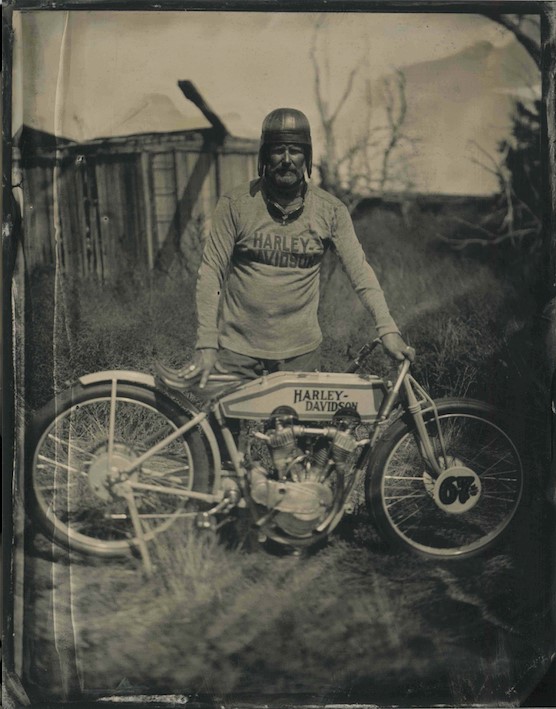 The original series of sanctioned motorcycle races were held annually in Dodge City from 1914 to 1921, with the exception of the war years. The race continued well into the 1950s gradually becoming shorter and less well known national and internationally but no less exciting for motorcyclists. Eventually, its run ended and the race fans left Dodge City for a small race in the Black Hills of South Dakota know as Sturgis.